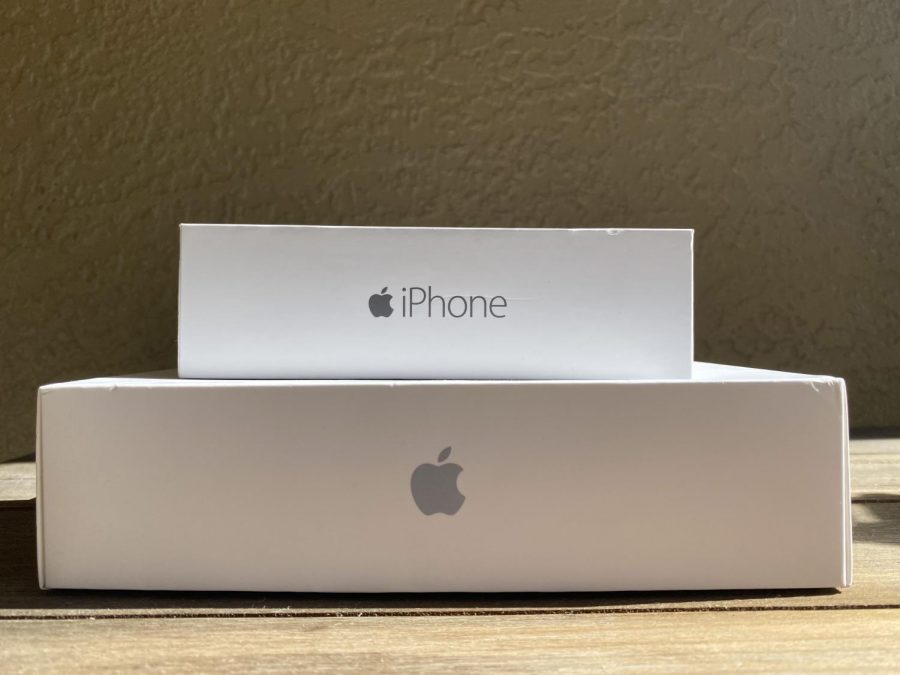 Apple has just released a new iPhone, it has many new features and even a different shape and style than past iPhones.

The iPhone has been a popularized item since 2007. Since then, a new version of the technology has been made every few years. When the version is finally released and sold, the people tend to go wild for this product and vouch to buy it. Apple on Oct. 13, 2020, introduced its newest flagship iPhones: the iPhone 12 and iPhone 12 mini, which offer powerful features at an affordable price tag. About a few weeks ago, Apple announced the iPhone 12 release. This iPhone’s design is similar to the iPhone 11, however, the iPhone 12 has a feature of 5G network where people will be able to make downloads, stream music and movies without any connection problems.  Sold alongside the considerably more expensive iPhone 12 Pro and iPhone 12 Pro Max, the iPhone 12 and 12 mini are ideal for anyone who doesn’t need Pro camera features.

Over the years, it is famously known that the iPhone gradually gets larger over the years. However, taking a different approach, Apple decided that this year’s phones are slightly thinner, smaller, and lighter than their predecessors. The new flat-sided designs are a throwback to the beloved iPhone 5 design from over seven years ago. The standard iPhone 12 is initially priced at $799, while the iPhone 12 Pro is initially priced at $999. The prices themselves seem a bit high up there and it is publicly acknowledged that not many agree with the pricing of the phones because it is said to be a replica of the iPhone 11. Household income plays a huge role in affordability when it comes to products that are not necessities. Senior Amanda Chapman, commented on the new phone saying it looks cool but doesn’t seem like she would purchase the new phone at the current price.

“I love the iPhone I currently have, so I’m keeping it and not going to purchase the iPhone 12,” Chapman expressed. “I don’t need to get the newest thing just yet.”

The majority of people can agree that they do not feel the need to upgrade their phones immediately after a new phone is released. They believe they do not need to spend an exuberant amount of money when their old phones are still in great condition.

Senior Carl Bargabos said the iPhone 12 is not worth an upgrade. Instead, he suggests that anyone who is looking to purchase a new iPhone should get the iPhone SE.

“If I were to upgrade my current iPhone to a new one, I would go for the SE,” Bargabos said. “Since the iPhone 12 is very expensive and the iPhone SE is cheaper than the 12, I feel like it would be unnecessary to purchase the iPhone 12. The iPhone SE is still like a regular iPhone,” said Bargabos.

“As a photographer, I can ideally see the camera quality difference from both phones and choose based on that decision only. The price may be bumped up for the iPhone 12 but I believe it is worth it,” said Beall

Overall, if you’re in a dire situation and need a replacement iPhone right away, you may not want to wait another month or two for the expected iPhone 12. Contrarily, if your current iPhone is working well enough to get by for another month or so, your best bet is to wait until new devices debut this fall to upgrade.