STUDENTS SPEAK OUT AGAINST BACK TO SCHOOL SHOOTINGS 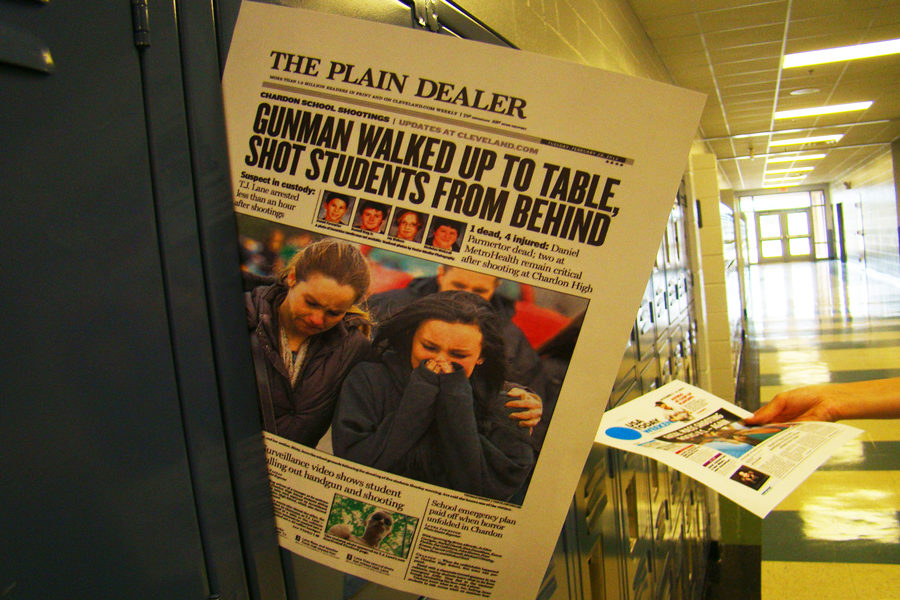 As students shop for pens, pencils, and paper, a new item has been added to their list: bullet proof vests in case of school shootings. In the recent years, school shootings have become a tragic phenomenon in our country. This makes it easy to forget the real problem–that the students of America are becoming accustomed to these shootings.

According to the Washington Post, in this school year alone, there have been seventeen mass school shootings that claimed the lives of future leaders and destroyed families. Since the most recent shooting at Noblesville West Middle School in Indiana, twenty-seven innocent students have died.

Senior Amber Price is a student advocate who helped plan the Seminole High School student walkout this March in response to the shooting at Marjory Stoneman Douglas High School. Like many of her peers, she is frustrated by how desensitized society has become.

“I believe we were exposed to this idea for such a long time that at some point it just became another incident that we recognized and moved on from. The fact of it is, we should not just be moving on from the incident and issue,” noted Price.

Despite the routine nature of school shootings, many believe that attitudes are shifting among the younger generation, starting with the March For Our Lives movement. Emily Connell, a representative for the Seminole County Mayor’s Youth Council, believes that students are more empowered than ever, despite their fears.

“The shooting in South Florida brought a lot of awareness [by] how the students took the matters into their own hands,” she said.“[I feel] scared, but I don’t know if that is actually true. I’d say considering the amount of gun violence that already occurs in America, the fact that it’s more common doesn’t surprise me.”

For students who are actively against gun violence in America, such as senior Mike Weiss, mass school shootings have become normalized as a generational marker. Weiss is an active advocate for gun violence. Along with Price, Weiss helped organize last year’s walkout, and is passionate about various gun legislation laws as well as the effects of guns in learning environments.

“Generational markers are usually shared societal experiences. For Baby Boomers, that was the Vietnam War and the Civil Rights Movement. For [Millenials], it was 9/11 and the economic crisis of 2008. So far for [Generation Z], the current high school generation, we’re marked by our shared experience of gun violence,” he said.

Along with the students however, concerned parents are still determined to change the situation. Leslie Connell, a professor at the University of Central Florida (UCF), has concerns not only for her daughter, Emily Connell, but for her school’s students as well.

“This is a complicated issue involving parenting methods, mental health issues, gun type and accessibility issues, and school crisis management plans. In order for real change to take place, we need to address each of these issues in some way,” she says. “In my own classes at UCF, I am perhaps slightly more aware of my surroundings. But, UCF has been training us to watch for signs of mental or emotional stress in students for years. They also have very detailed crisis management plans in place.”

As a result of the near-constant school shootings, society has become numb to the problem, viewing it as an everyday occurrence rather than treating it as the travesty it is. So, as students find out their schedules and rush into their new classrooms, it is vital to remember that the growing threat of school shootings must come to a halt.