THE SEMINOLE NEWSPAPER • May 4, 2017 • https://www.seminolenewspaper.com/earth-day-implements-environmental-protection/ 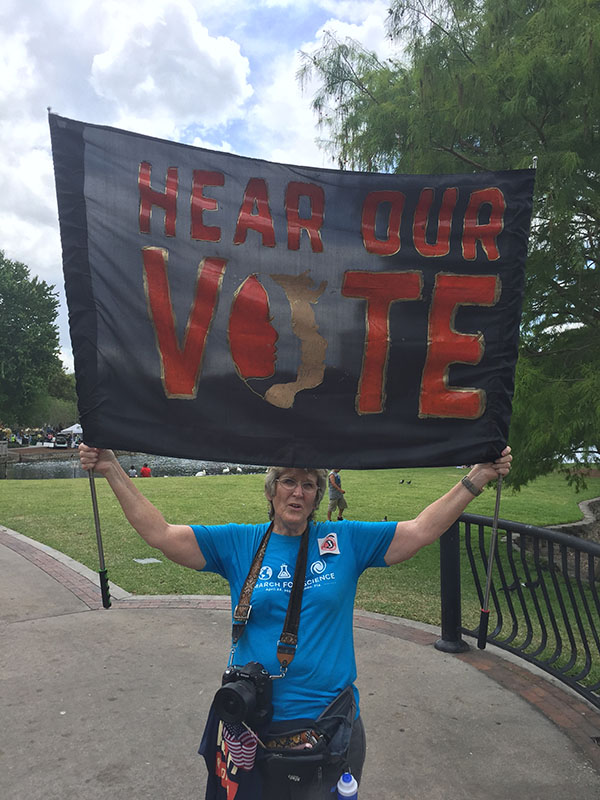 Earth Day influences the March for Science and brings awareness to the world around.

Earth Day is an annual event that is celebrated on April 22 and brings awareness to environmental issues such as climate change. Each year, various events take place to validate the importance of environmental conservation. This year’s Earth Day was the same day as the March for Science.

Earth Day was initiated by the 1969 Santa Barbara Oil Spill which discharged thousands of gallons of crude oil into the waters off the coast of California. As a result, there was an increase in environmental activism and stewardship movements throughout the United States. The following year, 1970, the first Earth Day was celebrated to draw attention to the negative effects of air and water pollution. This marked the first national environmental reform in the United States.

Although every Earth Day does not result in legislation, allocating a day to bring awareness to the environment is always beneficial. Earth Day compels people to think about their actions and how they can positively impact the Earth.

Last year’s Earth Day was significant because 145 countries signed the Paris Agreement, which included the United States and China. This landmark convention united multiple nations to a common goal: combat global climate change and adjust to its effects. Since then, the global amount of carbon emissions has increased at a much slower rate.

Senior Cheyenne Bartolomei said, “Earth day raises awareness by showing how people are able to make a change to the environment. we have been dealing with a lot of negative effects in the environment that shouldn’t be pushed away.”

The March for Science is a non-partisan movement that celebrates the relevance of science and its role in everyday life. This includes technological innovations and scientific advancements that have contributed to improving quality of life.

Both events focused on global warming and climate change. The fact that Earth Day and the March for Science were on the same day this year helped bring extra attention to the severity of global warming. Marchers were infuriated about the lack of scientific research used during the policy making process and protested against President Trump’s budget cuts to the Environmental Protection Agency.

Senior Mujahid Jaffer said, “The March for Science raised awareness to everyone attending about what is currently happening in the government and about its policies and how we can do something about it. People bring numerous signs expressing their views and converse with other people.”

By dedicating one day to the environment, some awareness is brought to people who have ignored the deterioration of ecosystems, natural habitats, and wildlife.

AP Environmental Science teacher Kristian Cole said, “Earth Day brings the environment to the forefront of [people’s minds] to remind them that we shouldn’t take the environment for granted. If we screw up the earth, there is no other place to go. It’s important to remind people about all the things we would lose if we don’t take care of the environment.”

Awareness is a crucial part of repressing climate change. Earth Day is more important than ever because of increasing temperatures and global warming which will be a major complication for future generations.