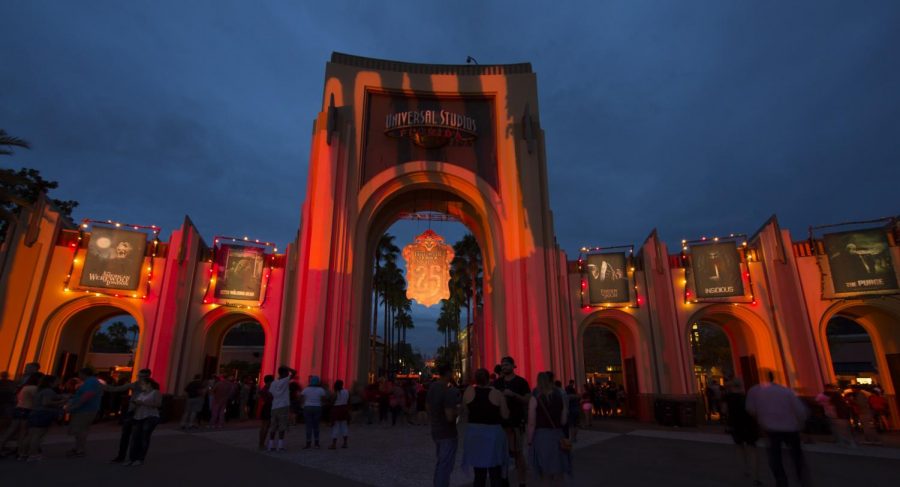 Halloween is quickly approaching as fall settles in. In Florida, Halloween Horror Nights at Universal, is one of the most anticipated attractions of the season.

Universal’s Halloween Horror Nights celebrates its 30th year of fear! Amidst Covid-19 affecting last year’s event, this year, Universal will follow the Covid-19 guidelines to ensure the well-being of their staff and visitors, while simultaneously providing frightful fun for everyone. This year, several of the acts will honor Universal Studios’ 30th year of horror-themed events. Thankfully, the joyously gore-covered anniversary honors and respects Halloween Horror Nights’ legacy in spectacular ways, from the gastronomic additions to the horror zones to the must-see frightening mazes that bring millions of tourists each year.

Each and every haunted maze included this year will be a standout, especially when compared to the majority of other Halloween events. Overall, the terrifying mazes included in Halloween Horror Nights is worth a visit for any horror fan. During Halloween Horror Nights, both the horror zones and the stage performance/fountain show are aesthetically stunning. Because there is so much to do and see, it is typically a good idea to plan ahead of time. I’ll never argue against the intensity and power of theme park characters, and the Halloween Horror Nights cast is about as large as it gets for that sort of frightening seasonal entertainment. In any event, the goal should be to see all of the attractions before leaving the park and to spend the night in terror!

The removal of the HHN Icons from other sections of the park was a significant sacrifice, but the combined beauty of the Captured eerie labyrinth more than compensates for any individual efforts. Each labyrinth helps you to become immersed in the film. Are these the films we want to be part of? Absolutely not, but it’s fun to gallivant right into a movie and emerge out (physically) unscathed. But, emotionally, it’s a different story! The frazzled nerves, on the other hand, are well worth it. The event is a celebration of the last 30 years, with everything from over-the-top illusions to very deep-cut easter eggs on display. For one thing, Jack the Clown, Horror Nights’ famed symbol, will make a comeback. According to Universal, the crazy clown will be spotted everywhere. Before officially starting off the 30th year of Horror Nights, Jack the Clown will welcome members of the press and tourists who had gathered outside Universal’s gates. If you see Jack the Clown strolling about the streets on some evenings, try and get a picture before it’s too late!

Unfortunately, not everything about Horror Nights 2021 is fire and brimstone — opening night was hindered by severe rain and high winds, which, while adding to the overall “feel” of the event, also drove scare performers out of zones and rushed spectators into covered, though freezing, safe-havens. Fortunately, the screams of visitors carried on indoors, as the rain continued to pour. Along with all of the chaos going on in the world, the full and stunning effect of Universal’s 30th Halloween Horror Nights cannot be sacrificed! Seminole, get your scare on!