Historical Fashion and the Modern World 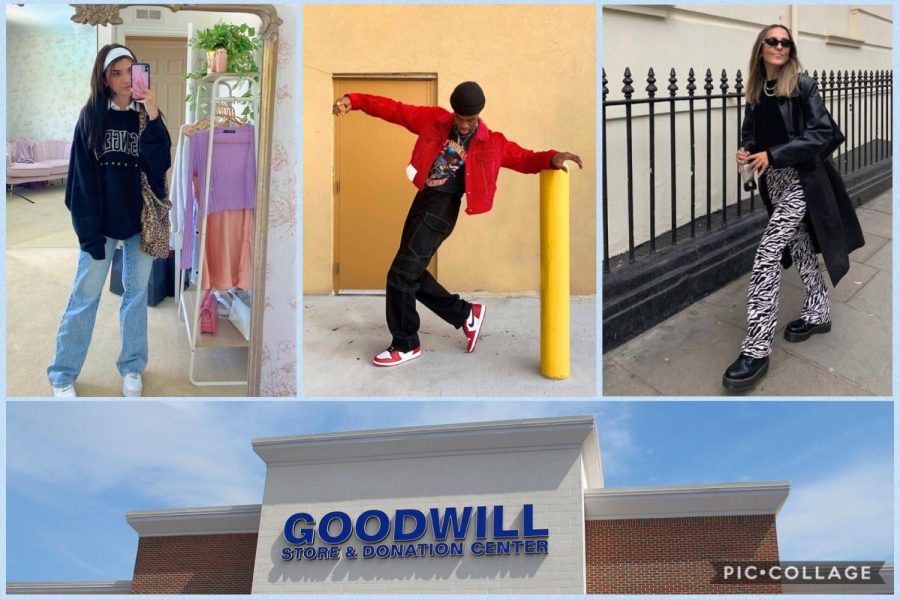 The latest fashion trends have reappeared from the past once again. The 90’s style, including mom jeans and baggy clothing, has been especially popular among this generation. “Y2k”, “Indie”, and “Alt” are some terms that many teenagers use to describe their style.

Fashion trends change from year to year, as people tire of one and move on to the next, but it does reflect trends of the recent and distant past. You can see this on red carpets and in highschool hallways.

There are many places to see the inspiration from previous decades. Some 90s fashions have come into popularity recently, like mom jeans and mini-skirts. Mini-skirts were originally invented in the 1960s, by designer Mary Quant and popularized by celebrities of the era, like Twiggy. Another example of this is the over the top styles of the 1830s and early 80s. It is particularly evident in wedding dresses. The puffy sleeves, wide skirts, and excessive embellishments on the dresses are a few common characteristics.

In addition to the general cyclical nature of fashion, people are wearing clothes from the past decades with the rise of thrifting. 40% more girls and 18% more boys have thrifted something in the last year than the previous year (Business Insider). Younger people are far more likely to consider global warming as a major concern, so they are beginning to be more environmentally conscious (Berkeley).  They go to thrift shops and second-hand stores to lower the amount of waste they produce. They also do this to avoid the harm that fast-fashion causes to the planet and to avoid unethical working conditions in clothing factories. Therefore, people are introducing and appreciating trends from previous years more than ever.

The internet has also spread past trends into the modern-day, with many influencers choosing to dress in the styles from previous generations, like the 1950s new look or the glamorous 1920s. This is extremely different from most times in history when people had to adhere to the current fashions or they would look outdated or be judged harshly by their contemporaries, especially pre-1960s. Judgment still exists because it is unconventional, and false beliefs that they would prefer to live in another era. This belief is combated with the platitude “vintage fashion, not values.” This illustrates the point that they hold more progressive values and disagree with the oppression characteristic of past decades.

People typically come into contact with these styles through period dramas with inaccurate representations of previous styles. However,  with more accurate knowledge and the increasing presence of fashion historians on social media, like Karolina Zebrowska and Bernadette Banner, people are beginning to look at period dramas with more knowledge, regarding the accuracy of costumes. Audiences are now more likely to be ripped out of the world and get annoyed by inaccurate costuming or by egregious corset scenes because of this increased awareness. The movie industry and costume makers have had to respond. While there are still many movies that do not have accurate costumes, there is a significant improvement. Period dramas have more costumes that are based on actual portraits and fashion plates from the era that it takes place in. Although 2019’s “Little Women” had horribly inaccurate costumes, other movies have already begun to spend time on accurate costumes, like 2020’s “Emma.” “Emma” based its costumes off of fashion plates, paintings, and surviving garments. This allows the viewer to become more ingrained in the movie and its setting. It also shows people what people actually wore during that time period and an opportunity for them to appreciate an art form that is generally disregarded.

All in all, as people become more aware of fashion history, period dramas are forced to become more accurate and people can appreciate an underrated form of art. On top of that, thriftng is bringing back fashion and creating more variety in people’s personal styles.