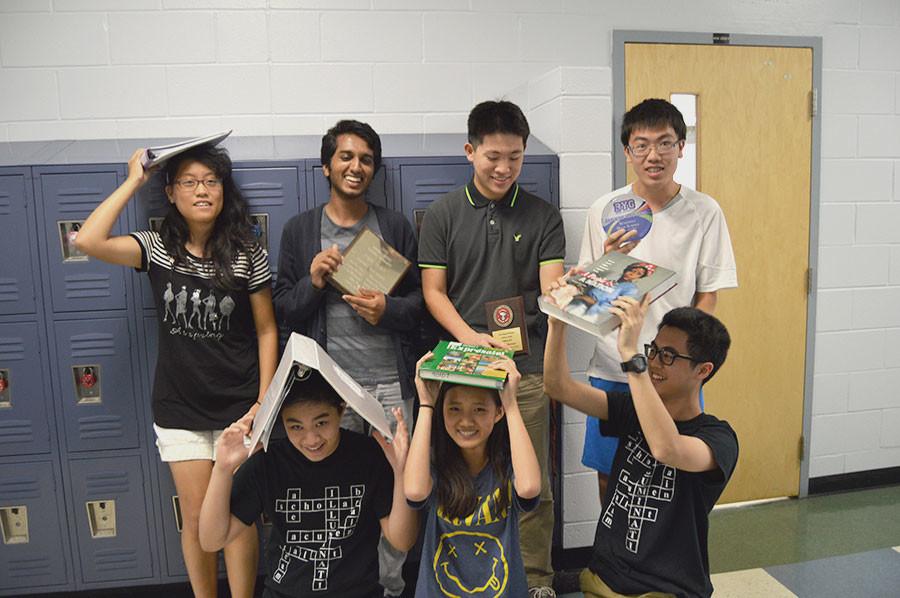 The Illuminati academic team houses bright minds with a passion and curiosity for learning.

Away from the football pitch, a team of some of Seminole’s brightest players huddle together in preparation for a special sport that requires skill, speed, dedication and practice- without any athletics involved. These students are part of the consecutive eight-year champion Illuminati team, which represents Seminole High in academic competitions, such as Brain Bowl, all throughout the area.

The Illuminati team competes against other local teams and high schools in categories ranging from physics, to art, to foreign language. The most important competition of the year is the Seminole County Academic Tournament, which Illuminati has championed for eight years running. They fully intend to keep up their streak.

Other competitions include the National History Bowl and Seminole State College’s competition. Only the top players within the Illuminati team get to compete, so it is important that all members continue to study and sharpen their skills.

Contrary to popular belief, Illuminati’s name is not a reference to the mysterious underground society. As an inside joke, however, the Illuminati team’s past t-shirts have shown symbols such as the seeing eye.

“Illuminati means enlightened ones,” says sponsor Jane Cooper. “Although it’s a bit of a joke in here, we are not tied into underworld conspiracies.”

In order to prepare for the competitions, the Illuminati practice by playing trivia games with buzzers, reading books, and quizzing each other in order to soak up as much knowledge as possible.

“Watching documentaries, reading, and exploring outside of the curriculum [are] important ways to study,” says Cooper.

This year is sophomore Ryan Lam’s second year in Illuminati. “It’s extremely fun because we do many academic-related activities,” says Lam. “The atmosphere of friendly competition is one of the best parts of being on the team.”

The atmosphere of teamwork is what attracted freshman Shruti Labh to the team. “I wanted to get more involved in the community, and this is a new community of people who are striving for the same goals as me,” she says.

New members are always encouraged in the Illuminati team. “Curiosity is the quality [we] are looking for,” says Cooper. “The best players are always searching for knowledge.”

“Everyone has their own academic strength they could contribute to the team,” says Lam.