LUCK FOR THE LGBTQ+ COMMUNITY 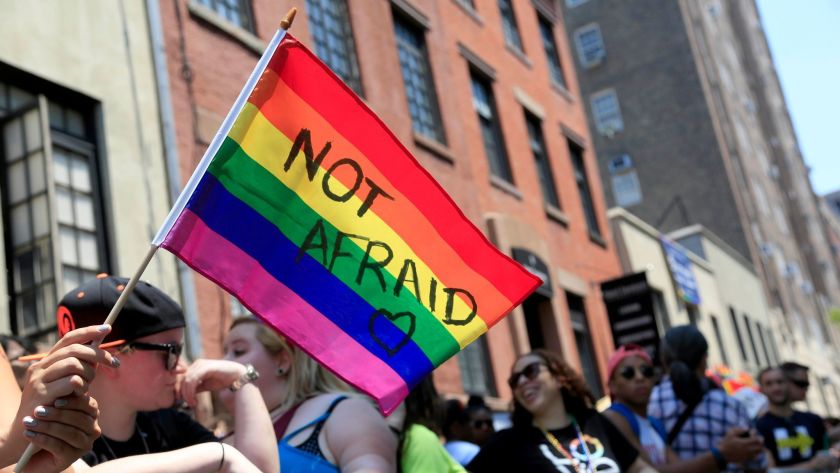 The LGBTQ+ community has advocated for equal rights for decades. With the reintroduction of the Equality Act, the community can finally have protections against discrimination.

Our nation’s civil rights laws protect people on a daily basis against prejudice referring to skin color, race, disability, gender, and religion. Yet despite the strict jurisdiction of the law, there are holes in the system and too many people face the brunt of discrimination in their day-to-day lives, instilling a sense of uncertainty and fear of harassment in society. People who identify as a part of the LGBTQ+ community are an example of such discrimination. Despite the increase of acceptance in society over the past few years, LGBTQ+ Americans still do not have legal protections. Luckily, reintroduced legislation may be changing the current situation.

On Feb. 25, 2021, the House of Representatives officially passed the Equality Act, a democrat-backed bill that would prohibit discrimination against people for reasons pertaining to sexual orientation and gender identity. The legislation passed is a huge victory for the LGBTQ+ community, who have been publicly waiting for protections like this for decades.

The Equality Act essentially amends the Civil Rights Act of 1964 to forbid inequity based on gender identity and sexual preference. The protections against inequity apply to employment, housing, public education, public services, and other key areas of life.

“It is an essential addition to our government and laws because our society has kind of turned a blind eye to discrimination against the LGBTQ+ community in the past, but now with the community growing so large and so fast, it’s important that we try our best to protect them and not leave them in the dust. Though certain people may be accepting and supportive of the community, many are not, and we already have laws helping discrimination against race, sex, and religion, so it was going to be added sooner or later. We even have laws protecting property, so to not have laws protecting this minority would mean that we value literal people less than objects,” expresses IB freshman Sohana Raisa.

This act was introduced to Congress in 2019. The House had approved of the bill, but the Republican-controlled Senate refused to affirm it. The Republican party argued for possible consequences of the bill, including the encroachment on beliefs of different religious groups. Other arguments made included sports. Passing the bill would allow transgender women to compete in women’s sports, something that was extremely controversial and argued about. Republicans argued that doing so would give mentioned women an unfair advantage, promoting unequal competition.

This year’s debate and discussion of the legislation was extremely personal to many of the congressmen and women because of the addition of many LGBTQ+ representatives being elected in 2016. House representatives identifying with the LGBTQ+ community had spoken up about their experiences facing discrimination. Others spoke up in support of their choices and family members when on the floor.

“None of us should be evicted, fired, or denied accommodations and services simply because of who we are and whom we love,” said Rep. Ritchie Torres, D-N.Y., one of the first openly gay Black men to serve in Congress.

Yet despite rampant support from the public and the house, the bill is still in overview by the Senate. The bill is largely supported by the Democratic Party, with only three republicans supporting the bill. Further, the Senate, while controlled by the Democrats, is unlikely to pass the bill due to “wrong timing.” However, it remains a fact that if passed, this bill will have an immense effect on the community, improving the lives of many.

Raisa states that: “the act will help decrease hate crimes and open discrimination, especially in open regard, such as in the workplace. It’ll prevent most corporations from denying jobs to members of the LGBTQ+ community and help them fit in more with “the rest of society just as they should.”

She is right, this bill will only increase general acceptance of the LGBTQ+ community in society. By prohibiting discrimination, it will allow them to be treated the same as any other person, bringing people together.

IB freshman Maunickaa Sureshkumar believes that “It would be another major milestone in equality for all, similar to women’s rights. It’s not harming anyone and is definitely needed based on the many cases of discrimination that LGBTQ+ members face.”

It all depends on the Senate now. Have any thoughts? Let us know in the comments below!