NETFLIX ON THE RISE 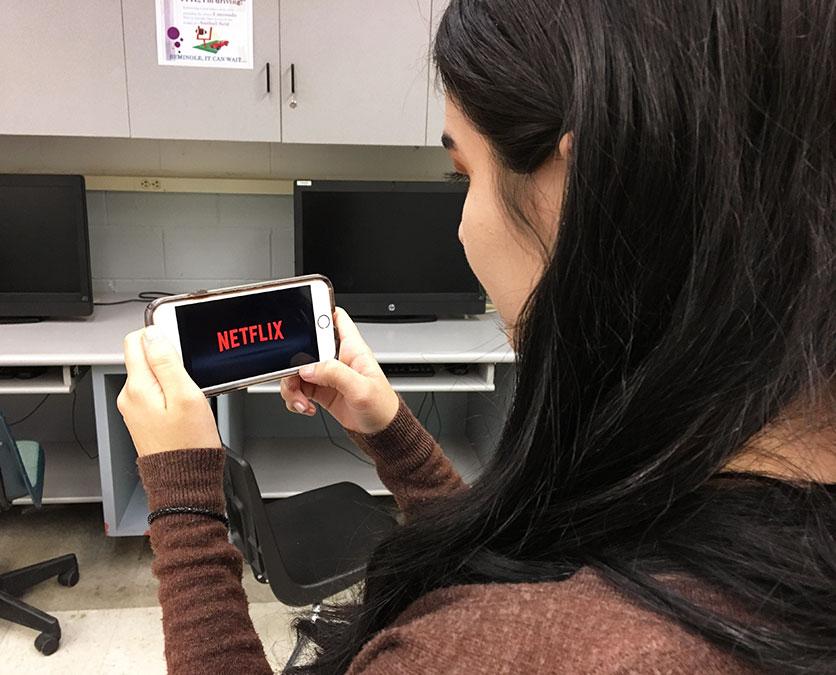 Consumers have taken an interest in online TV in recent years.

It is hard to imagine the world without television. It has become an integral part of American culture in the last few decades; about 94% of Americans now have access to a TV. However, in recent years, a trend has been occurring in the entertainment world: the rise of “Internet TV.”

In early 2013, the DVD-by-mail rental service Netflix, began producing series of their own, releasing entire seasons at one time. Other major Web sites, like Amazon and Hulu, began following suit. By 2015, some of the most discussed television shows like “Orange is the New Black” and “House of Cards” weren’t on television at all.

Since the recent beginnings of this movement, Netflix has released hundreds of original TV shows, movies, and comedy specials, which now account contribute a large portion of the streaming service’s viewership. These flocks of viewers, combined with the monthly fee required for each household to watch the site’s content, helped Netflix’s revenue soar to almost $7 billion in 2015 alone.

In addition, the majority of Netflix’s original programming has been a success with both critics and audiences alike. The streaming service has seen commercial successes like the Marvel spawn “Daredevil” and the sci-fi event series “Stranger Things,” as well as critic favorites like comedy series “Unbreakable Kimmy Schmidt” and the acclaimed film “Beasts of No Nation.” In September 2013, Netflix won the first Emmy for a web-based series for “House of Cards.” In 2016, the website garnered 17 nominations for their programs.

“I love the [Netflix original series] ‘Grace and Frankie’ because I think it has an original spin. It focuses on an older generation, rather than young adults or teenagers,” senior Fakhri Shekarchi said. “Netflix always picks out unorthodox ideas. Instead of sticking to just one genre, their shows always combine elements from a variety of styles, which I enjoy.”

In the increasingly digital society of today, this trend of Internet-based TV will likely continue. Viewers can expect more content coming out of their computer rather than their television set. At this rate, Netflix will stay in the conversation for years to come.