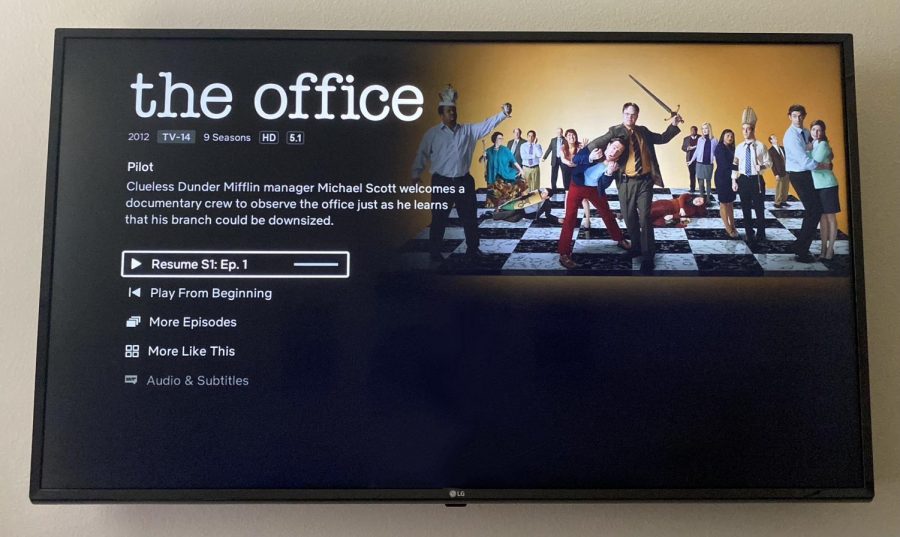 After every year Netflix cancels shows when their contract is up. Lots of people are upset because one of them is “The Office” that has been a fan favorite for years.

Netflix is a video streaming service that offers a wide variety of TV shows, movies, and several award-winning films. Netflix makes revenue from many subscribers worldwide. During this glum time of the COVID- 19 pandemic, the popularity of Netflix and other video apps has exponentially increased; the streaming platform gained an epic number of 16 million subscribers. Naturally, Netflix, like any profit-making business, looks for its best incentive and product value. As a result, it has canceled several shows despite their good reviews and ratings. This pattern has continued through 2020; Netflix has been increasingly favoring 10-episode seasons for its original series. Netflix recently canceled “One Day at a Time” and all of its Marvel shows. The reason behind such decisions is that long shows “that exceed two to three seasons… become too expensive and too difficult for new viewers to jump into” according to Business Insider.

In addition to canceling shows that have upset fans like “Everything Sucks!” and “Gypsy,” critically acclaimed shows have been canceled as well. Most people did not anticipate the cancellation of “Chilling Adventures of Sabrina”. This ionic show was canceled after four seasons although critics had given it a score of 90 percent.

Critics even complimented its season three according to TV Guide, “The character growth of Part three is simply put, delicious. The emotional payoffs of each journey keep the show from slipping into… territory and firmly ground CAOS as a show with something to say outside of quippy one-liners.”

As explained by Deadline, Netflix sees little value in shows that exceed 10-episodes per season and 30 episodes overall. Netflix shows get increasingly expensive because of how “deals are structured.” They include bonuses after each season that are getting progressively bigger, which tend to escalate after Season three, “sometimes from hundreds of thousands to millions of dollars.” These payments skyrocket after Season three and beyond which do not benefit a profit-making company such as Netflix.

A quick list of all 25 Netflix shows canceled recently:

Osmosis
Mortel
Marianne
Soundtrack
Spinning Out
AJ and the Queen
Messiah
October Faction
V Wars
Turn Up Charlie
Astronomy Club: The Sketch Show
Next In Fashion
Chilling Adventures of Sabrina
Patriot Act with Hasan Minaj
I Am Not Okay With This
The Society
Altered Carbon
Ashley Garcia: Genius in Love
The Big Show Show
The Dark Crystal: Age of Resistance
F is for Family
Teenage Bounty Hunters
GLOW
Away
The Order

Furthermore, Netflix has raised its prices for standard and premium plans. The Netflix spokesperson has justified this as “We understand people have more entertainment choices than ever and we’re committed to delivering an even better experience for our members… We’re updating our prices so that we can continue to offer more variety of TV shows and films.”

These price hikes arrive at a time when people have more options for entertainment than ever before — especially in the United States. Nowadays, Netflix has many competitors including Hulu, Disney +, HBO Max, and even TikTok and Youtube. These price hikes allow businesses to invest more exclusively and heavily into its content slate and product features.

This raises an essential question, is Netflix worth it now? Let us know what you think in the comments!