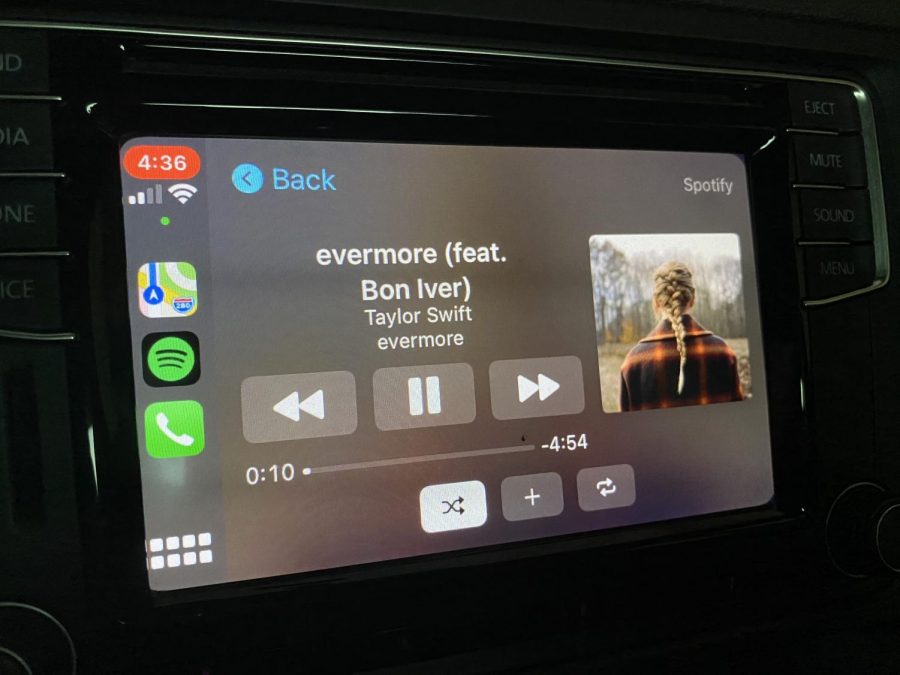 Taylor Swift released a new album called Evermore on December 11, 2020. In 2020 she also released the album Folklore in July.

Shortly after the surprise release of the quarantine album “Folklore”, renowned pop-singer Taylor Swift does it again, releasing the aesthetic sequel “Evermore” on Dec. 11 of last year. For Swift fans, the album was a surprise Christmas gift, ending the catastrophic year with hushed tunes of melancholy and nostalgia. Released shortly after the Grammy-nominated album “Folklore”, “Evermore” is a continuation of the mentioned eighth album. The albums were similar to each other, created with the same indie-type tune and soft melodies.

What is especially interesting about the album is the short time between its release date and the previous album’s release date. In under six months, Swift was able to create two beautiful hit albums.

“I don’t listen to Taylor Swift regularly, but I do know of her music, and was very surprised with the release of the new album. Knowing artists usually write their music, I believe that writing two albums in under 6-months is extremely impressive, especially considering the other aspects of being an artist are time-consuming. Being able to have the creative and productive mindset under the current difficult circumstances is especially admirable.”, expresses IB freshman Divya Thumma.

On social media, Swift admitted that her new album is unique as well. She stated that it was never supposed to exist, but something about “Folklore” made her want to continue the theme; thus, resulting in a collection of leftover songs with the same soothing tone.

“There was something different with folklore. In making it, I felt less like I was departing and more like I was returning. I loved the escapism I found in these imaginary/not imaginary tales. I loved the ways you welcomed the dreamscapes and tragedies and epic tales of love lost and found into your lives.”, Swift wrote in a series of tweets on Twitter.

The new album is not only unique in its release, but also the composition and musical vibe. Contrasting Swift’s previous extravagant pop and country music, “Folklore” and “Evermore” took a turn into indie and folk melodies. The musical atmosphere of the twin albums is a drastic change from previous albums “Reputation” and “1989”, suggesting maturation in the singer’s music. The acoustic accompaniment layered with cello instrumental music is so vividly different from the original drum-and-electric organ pop music.

The album also featured guest appearances from famous bands The National, Bon Iver, and Haim. Those featured helped compose and sing the meaningful lyrics that spoke meanings in Swift’s songs. Similar to her creation of previous albums, Swift did not fail to ensure substance in her lyrical composition of “Evermore”. Each of her songs in her collection contains a thrilling tale that never ceases to capture the listener’s attention. From infidelity and murder to love and maturation, this album is an intense storybook of reality.

Following all these positive aspects, it is no surprise to any listener that this album is a  success. The alternative rock collection reached number one in numerous countries, including but not limited to Australia, Canada, and New Zealand. In its first week, more than a million copies of “Evermore” were sold globally. The following week all 15 of the album’s tracks were included in the Billboard Hot 100. Swift later broke records for being the first woman to have eight straight top debuts on the US Billboard 200 and having the shortest time-gap between two consecutively released albums. Her album also received universal acclaim from music critics everywhere.

All in all, “Evermore” is a catastrophically alluring album. Its aesthetic musical atmosphere paired with beguiling lyrics compose a stunning collection of story-telling songs. The combined aspects make “Evermore” without a doubt one of the best albums of Swift’s career that represents a bright musical future. Hopefully, more albums like it will be arriving in the future.