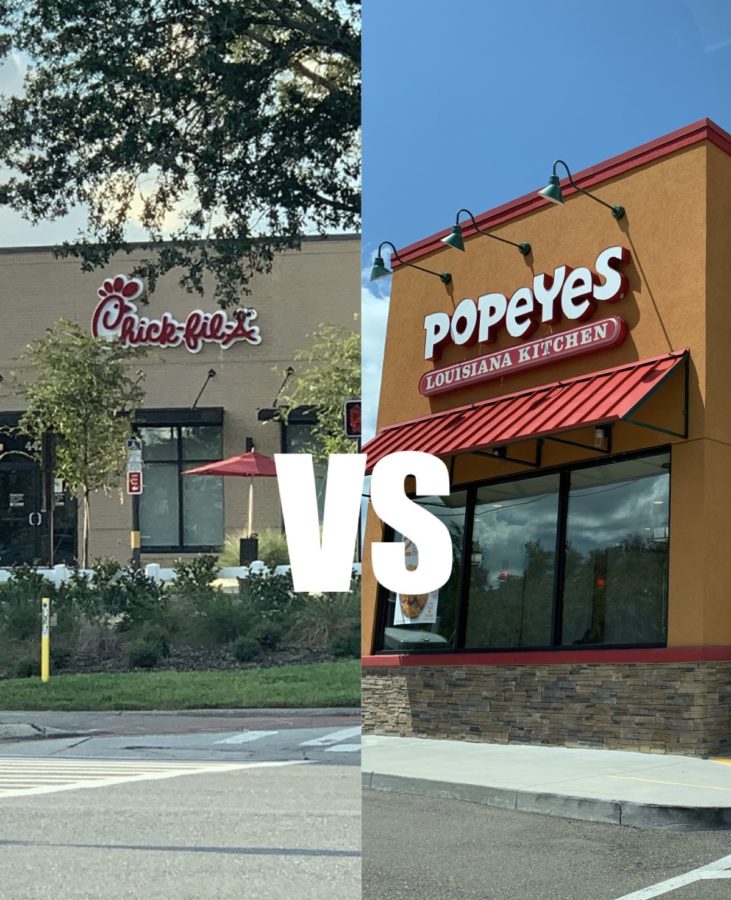 Newest social media trend: Whose is better; Popeyes or Chick-Fil-A? 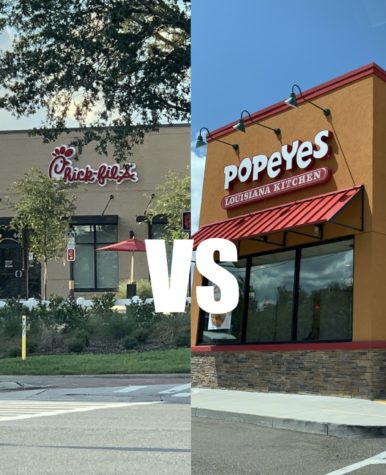 Newest social media trend: Whose is better; Popeyes or Chick-Fil-A?

Recently, Popeyes  released a new chicken sandwich, which has caused mass  chaos in the past couple of days. With lines as long as 50 cars in the drive- thru at peak hours, Popeyes has been rapidly selling out  of their sandwiches. The launch of this new chicken sandwich has introduced competition with the all-time popular Chick-Fil-A sandwiches.

Popeyes has been advertising their brand new sandwich incredibly  in the past couple of weeks, with many of their tweets receiving overwhelmingly positive feedback, causing many people eagerly anticipating their chicken sandwiches. Once Popeyes posted their advertisements on Twitter, Chick-Fil-A retaliated in a form by saying that they had “the original” chicken sandwich. The two fast food chains have participated in quite some engagement on Twitter, which further promoted the chicken sandwiches.The Popeyes chicken sandwich is in such high demand that it been out for only a week now, but is often quickly sold out daily in many locations nationwide

Another factor that can play into people preferring one of the sandwiches over the other may be the customer service that is provided by each of the restaurants. Chick-Fil-A has been known to have excellent customer service compared to Popeyes by a long shot. Many people believe that the most important part of going out to eat at a restaurant is the food, but without proper customer service, the food might still not be enough.

Tell us which one you prefer in the comments below.