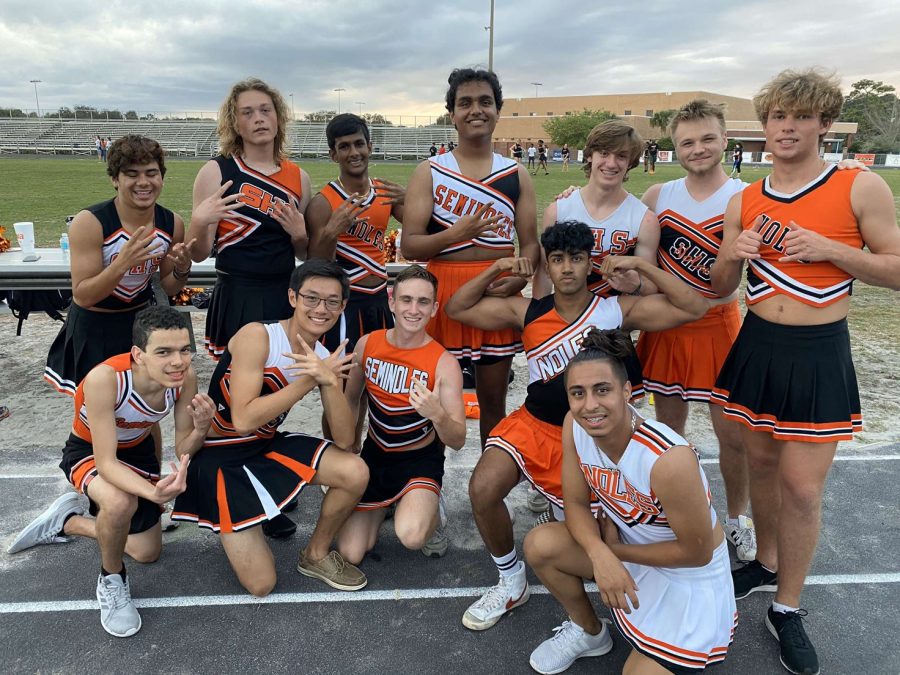 As an American high school tradition, powderpuff allows girls to play flag football while boys cheer them on.

Powderpuff is a traditional game played by high school students, giving an opportunity for boys to be cheerleaders and girls to play on the field. Seniors and juniors go out on the field and go head to head to take home the gold. This year, it is being held on Wednesday, Feb.19 at 6 p.m. at the football stadium.

In a traditional powderpuff game, senior and junior girls go head-to-head in a game of flag football, each team consisting of boys and girls from their respective class. Both teams have two practices leading up to the game where the girls practice their football skills and discuss strategies. Along with the girls’ football practices, the participating junior and senior boys also have cheer practice. There are two teams of cheerleaders, one for each class to support and cheer on their grade. The boys have two practices where they rehearse a few routines in preparation for their performance at the game. The boys wear cheerleading uniforms to contribute to the fun nature of powderpuff and school spirit by cheering on the teams and performing at halftime.

“I’m excited for the game to happen because I want to go out on the field and have a good time with my friends. The practices were fun, and I feel like we are going to do great on the field. I can’t wait to participate in the high school experience and I plan on doing it next year too,” said junior Seth Lenhof.

Powderpuff has played a large role in gender equality in the past years. The first modern game was held in 1972, but the first game was recorded in 1945. Before being adopted to be known as powderpuff, the two teams were known as the “Townies and Dormies.” Although the name was changed, the rules and concept of the game remained the same. The game is a good chance for the girls to experience what it’s like for the boys on the field and for the boys to experience the sidelines and cheering.

“I like to show off that I can play sports just as well as the boys can. It also gives me an opportunity to have fun with my classmates and have a good challenge, playing the other teams,” said junior Jody Santos.

Come out and support your fellow Noles at the powderpuff game!! Tickets are $7 at the door on Wednesday. If you have any questions or concerns, direct message us  @seminolenewspaper on Instagram.