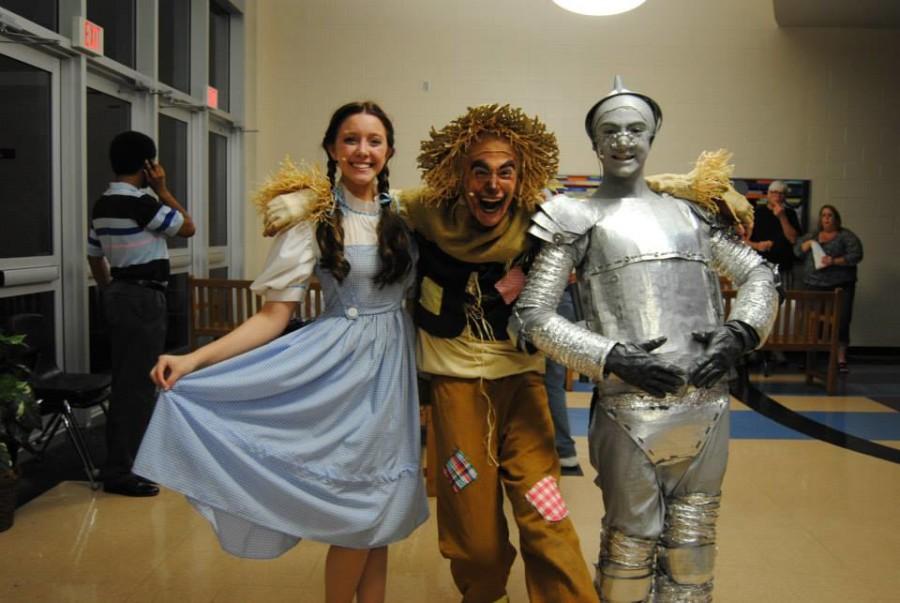 On April 11-13, the Seminole High School Theatre Company performed The Wizard of Oz. The play was originally a book called The Wonderful Wizard of Oz published in 1900 and written by L. Frank Baum, but was turned into a movie renamed The Wizard of Oz in 1939. Seminole’s play starred sophomore Allee Otwell as Dorothy, senior John Maclane Schirard as Hunk/ Scarecrow, senior Adolfo Ortiz-Feder as Hickory/ Tinman, and junior Gabriel Burgos as Zeke/Cowardly Lion.

“I thought [the actors] were good; you could tell they worked hard on it. The scarecrow [was my favorite] because he was really energetic, funny, and enjoyable,” said freshman Brandon Stacy.

The Wizard of Oz’s plot is one meant for a child, but it is entertaining to all ages. The play starts with young Dorothy’s dog Toto eating the flowers of their vicious neighbor, who happens to own half of the county. The neighbor then goes to the sheriff for a warrant to euthanize the dog. The dog manages to get back to Dorothy and they run away together. Dorothy soon decides to return home, a tornado comes, and Dorothy passes out, only to be thrown into a world of her imagination where she has to find the Wizard of Oz before she can go home.

Otwell said, “She’s just a teenager that wants to get away from the boringness of life; just like any teenage girl she wants to be accepted.”

The play lasted two-and-a-half hours and included a 15-minute intermission. The play included multiple costume changes on the chorus’ part; first the chorus played Munchkins, then they moved onto Poppies, then Osians (people who live in the Emerald City), Winkie Guards (the Wicked Witch’s foot guards), and the chorus were the Wicked Witch of the West’s monkeys.

Some special effects throughout the play included a fake fire which Professor Marvel (Conner Ericson) warmed himself with when Dorothy stumbled upon him after running away from home, as well as a glowing pink light that the tech crew glided along the wall to mimic Glinda’s magical pink bubble that she floats within.

The costumes were entirely made by the crew and were very elaborate. Most costumes included the smallest details including gloves, hats, and even patches sewn onto Munchkin mens’ pants. The hair and makeup included minute details like bows and colorful eye shadow to match costumes.

Make-Up Mentor Elahaundra Reyes said, “[The makeup, costumes, and hair] were really hard; it was a lot of work and it was a group effort.”