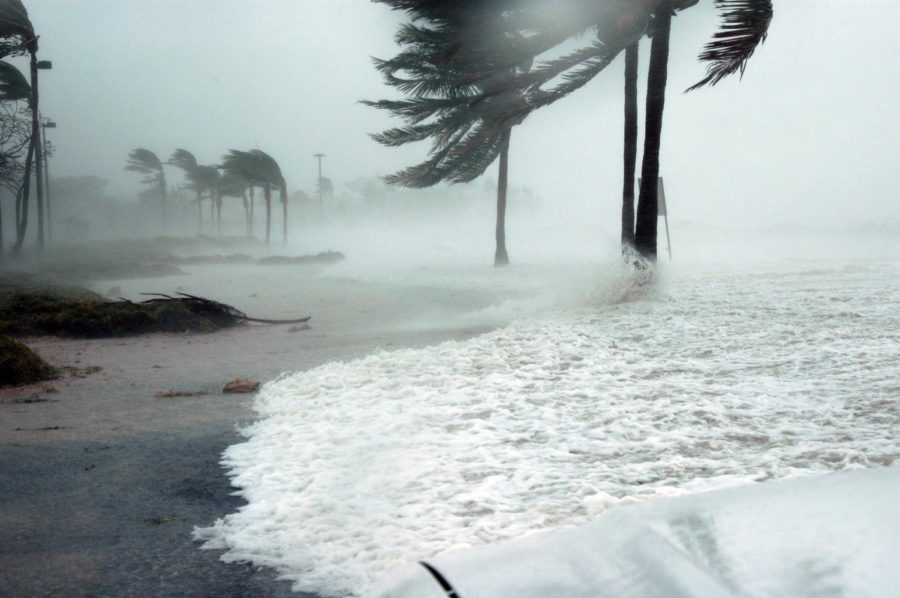 It's hurricane and tropical storm season in Florida, and Tropical Storm Gabrielle is already making it's way.

As we approach the peak of hurricane season, it appears that a tropical cyclone could be paying the gulf coast a visit. Just last Wednesday, tropical storm Gabrielle brought most of the action to the U.K. with increasingly strong winds reaching up to 60 mph, excessive rain, and increasing temperatures. More recently on Tuesday afternoon, the storm was spotted hovering over Ireland and is now projected to touch down in the Gulf of Mexico.

According to the National Hurricane Center, the storm is predicted to accelerate as it moves Northeastern across the Atlantic, and already in just three days, Gabrielle’s wind speed has increased by over 20 mph. Given that the tropical storm is projected to hit the Gulf within the next five days, there is a possibility that it may still summon up more strength as it remains in the ocean for most of its track. The storm’s first system predicts a path that will form a tropical wave and will first pass through the Bahamas before making its way to the gulf coast.

After Hurricane Dorian devastated the island just this past week, reparations and relief efforts are currently being instituted to not only help the environment recover, but to help the residents as well. With half of the Bahamas still out of commission, another hurricane would only sabotage progress that has been made thus far. Fortunately for the Bahamas, storm experts say the most that will be seen is scattered showers and thunderstorms given that this storm does decrease in strength. Land areas will be the least affected given that coastal areas such as Louisiana, Mississippi, and Florida’s peninsula are in the bullseye of this storm’s path. As the storm nears Florida’s Peninsula, it is expected to converge into a tropical depression as wind speeds decrease hopefully developing into less of a problem.

In any case, it’s crucial that residents appropriately prepare for weather conditions. It is urged by the The Department of Homeland Security that people gather a first aid kit, at least a week’s worth of water and perishable food, cell phone chargers, a flashlight, a battery-powered radio, and extra batteries. To preserve important documents such as insurance policies, identification, and bank records, make sure they are kept in an elevated place or saved electronically. Early preparation is essential and can keep your family organized and dry in the midst of a storm.

Here are some sources for reference to help you prepare in advance: