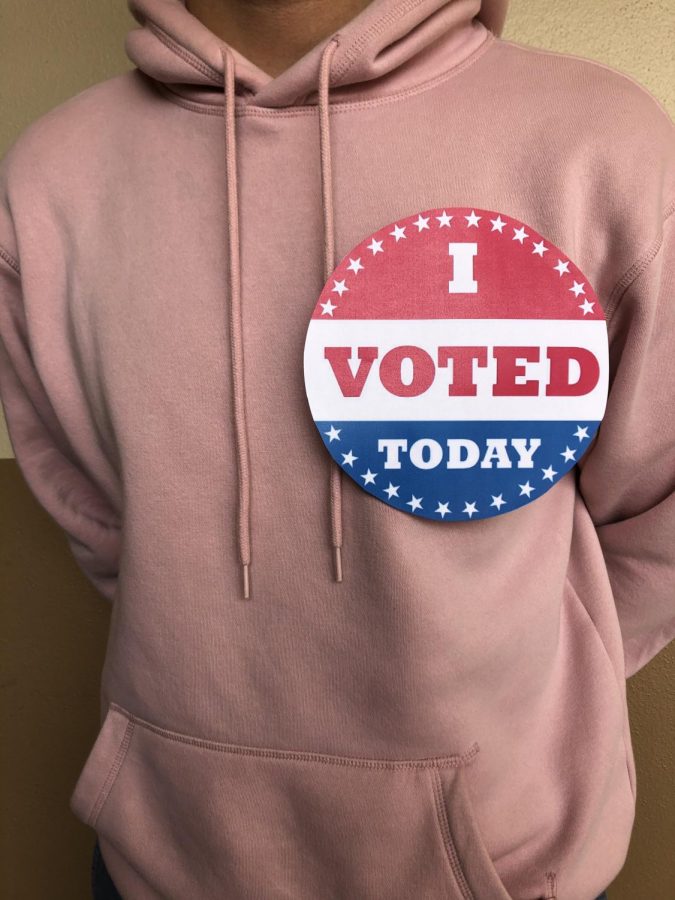 The increase of youth voter turnout plays a pivotal role in shaping the impact of America’s election cycle. However, the older vote continues to far outnumber the youth vote, despite youth activism and avid political participation. The recent outcome of Super Tuesday’s results showcase just how small of a percentage young voters make up across the country.

Some students note the hypocrisy of young individuals speaking out against injustice but failing to cast it on a formal ballot.

“You cannot complain about a policy or a president if you do not vote,” voiced senior Safiya Dewji.

Although youth voter turnout is still low, there have been tremendous gains since 2016. In fact, Texas has seen a serious increase in the amount of votes cast for Super Tuesday in comparison to the 2016 democratic bid against Hillary Clinton and Bernie Sanders, according to Business Insider. This accounts for about 60 percent of precincts reporting. Furthermore, Colorado saw almost five times the turnout relative to the past 2016 caucuses. Many of the 14 states included in the 2020 Democratic Primary for Super Tuesday saw quite the audience. Despite the increase, however, younger voters still make up much fewer shares of the total electorate.

Why this Generation is Leaning Blue:

Past election results showcase Democrats winning young people’s vote by significantly wide margins. Certain public-figures have increasingly been shaping the youth’s viewpoint around public policy. With social media present, national conversations surrounding political topics are widespread. Twitter paved the way for many social movement including #NoBanNoWall, #MeToo, #TakeAKnee, among hundreds of others. More than often, certain political tags are trending on Twitter, Instagram, and Facebook. With the rise of influencers and youth activists, many note the impact these eminent public figures play in shaping political beliefs and changing policy. Hollywood, the music industry, and other prominent names often lean left and advertise that on their platforms. The 2016 election housed many public campaigns for Hillary Clinton, the Democratic nominee at the time. Beyonce and Jay-Z, Lady Gaga, and Robert DiNero were some of the many celebrities who endorsed Clinton, advocating her platform and liberal beliefs. Similar accounts occured when Taylor Swift, a more prominent face in the industry, broke her silence on politics and came out against Donald Trump. Her stance against the nominee Senator Marsha Blackburn of Tennessee made a huge impact during the midterm elections. Such social media influence and testimonial endorsements play a major role in shaping the view of young adults on public policy.

“Celebrities [who] people feel positively toward are able to influence what they think about specific political issues on which the celebrity has taken a position. In an increasingly fragmented celebrity world, some celebrities are well-known and liked by only some people, and it is among these people we should expect them to have political influence,” said researcher David J. Jackson of Bowling Green State University.

Furthermore, there is an evident generational line between Millenials and baby boomers. For instance, issues such as climate change, LGBTQ+ rights, and mental health are pressing issues on this generation’s political agenda. Ideologies prevalent in today’s society such as consent, inclusivity, and equality play a central role in shifting the youth’s perception towards the left. The anxiety associated with these pressing topics acted as a catalyst in voting during last year’s midterms.

Due to these serious topics dispersed in society today, Seminole High urges every eligible person to go to the polls. You can learn more about how to get involved in today’s political climate here and register to vote here.

“One thing I would give advice is to vote. Let your voice be heard. It is a shame to fight for a big issue you are passionate about and not cast a vote for a candidate who supports it,” explained junior Kayla Zayas.